This is one of two very similar versions of the Scandinavian release.
The version here has the yellow box with yellow borders on the front cover, whereas the other version Modern Talking – The 1st Album has the yellow box with white borders.
The version here also has a punched thick ring near the centre of the A-side label, whereas the other version has more flat labels with thin rings near the centre labels on each side.

Produced and arranged for Hansa International.
Made in EEC.
Distributed by E.M.I.
Published by Hansa/Hanseatic.

“M. Applegate” is credited to track B1 on the B-side label. 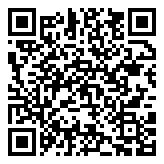